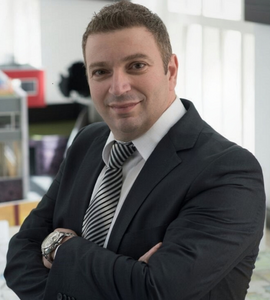 Being committed to substantiality for more than 30 years, Geberit is driven to transition into a more sustainable sanitary industry through new and innovative products. Geberit’s latest innovation the Geberit DuoFresh odour extraction unit, is suitable for new buildings and renovation projects.

Environmentally friendly, resource-saving and durable products are part of the Geberit  DNA. Every product is considered over its entire life cycle – from raw material extraction to disposal – and must be better than its predecessor in ecological terms. Of course, this ecological approach goes hand in hand with aspects that are important to us, such as quality, functionality or durability. This development process – the so-called eco-design process – encompasses all stages in the life cycle of a product and followed for all our new innovative products.

INNOVATIVE ODOUR EXTRACTION UNIT FOR TOILETS A FEELING OF FRESHNESS

Geberit has developed a new odour extraction unit. It is suitable for new buildings and renovation projects. The Geberit DuoFresh odour extraction unit removes unpleasant odours directly from the toilet pan. It extracts the air through the flush pipe and flush valve, purifies it using a ceramic honeycomb filter and then returns it to the room. It also offers the following functions: – LED orientation light behind the flush button for a discreet lighting when going to the toilet at night. – The DuoFresh sticks provide the blue colouring and foaming of the toilet water to enhance bowl cleanliness. Installation is simple and well thought out. The only requirement is a connection to the 240 V power supply system: – components are installed through the cistern’s service opening. In line with regulations, the transformer is stored elsewhere – such as in a flush-mounting box with service opening.

The DuoFresh odour extraction unit is compatible with Sigma01 and Sigma50 flush buttons. – With it’s swivelling mechanism, the flush button can be opened easily, giving access to replace the DuoFresh filter unit and DuoFresh stick. – The DuoFresh drawer unit and stick are located in an easily accessible position behind the flush button. – The ceramic honeycomb filter is also easy to access and can be replaced by the end user. – The intensity of the orientation light and the length of time it remains on can be personalised by the end user via the Geberit Home app. The Geberit Home App is available via Google Play or the App Store. It can also be downloaded by scanning the QR code located on the mounting frame. For more information, visit DuoFresh odour extraction unit | Geberit International Sales AG (geberit-global.com)

For the third time in a row, the Geberit Group has been awarded the Platinum Medal by the EcoVadis platform for its sustainability management. Geberit thus ranks among the top 1 percent of all companies listed by EcoVadis.

With the platinum certificate, Geberit ranks among the top 1 percent of all companies listed by EcoVadis. It is valid until the end of 2023.

For the third time in a row, the Geberit Group has received a platinum award from EcoVadis for its sustainability management. It is the highest award given as part of EcoVadis' annual assessment. Geberit thus ranks among the top 1 percent of all companies listed by EcoVadis across all industries and countries. The award makes it clear to customers and suppliers that Geberit has a comprehensive, systematic and long-term sustainability management.

Geberit has been committed to sustainability for more than 30 years and wants to play a leading role in the transition to a more sustainable sanitary industry. As early as 1990, the company drew up an initial environmental strategy and implemented concrete measures. Over the years, this strategy has been gradually expanded into a comprehensive sustainability strategy. Today, it is an integral part of the corporate culture and makes an important contribution to the Sustainable Development Goals of the United Nations.

Over 100,000 companies evaluated worldwide
Holistic and verifiable sustainability strategies are becoming increasingly relevant for companies. Platforms such as EcoVadis contribute significantly to the transparency of companies' sustainability performance and provide a basis for comparison for customers.

Since its founding in 2007, the EcoVadis platform has become one of the world's largest providers of sustainability ratings for companies, creating a global network of over 100,000 rated companies. EcoVadis conducts risk and performance assessments in 200 industries and 175 countries. The analysis system comprises 21 criteria, which are divided into four subject areas: environment, fair labour and human rights, ethics and sustainable procurement.